Fun-loving couple Tatyana and Ethan are planning their wedding on Florida’s Longboat Key next March, but they also wanted to use this beautiful destination for their engagement session. They both love going fishing together and being by the beach, as well as hanging out with their cute dog, Ollie. So we tried to incorporate some of these elements into their casual Florida engagement session, as well as their save-the-date for next year.

We had originally scheduled in the engagement session for Friday evening, but due to really bad weather, we had to postpone it until the Saturday. We got lucky with an incredible sunset and not too many other people out and about, although the skies did open for a short drenching! 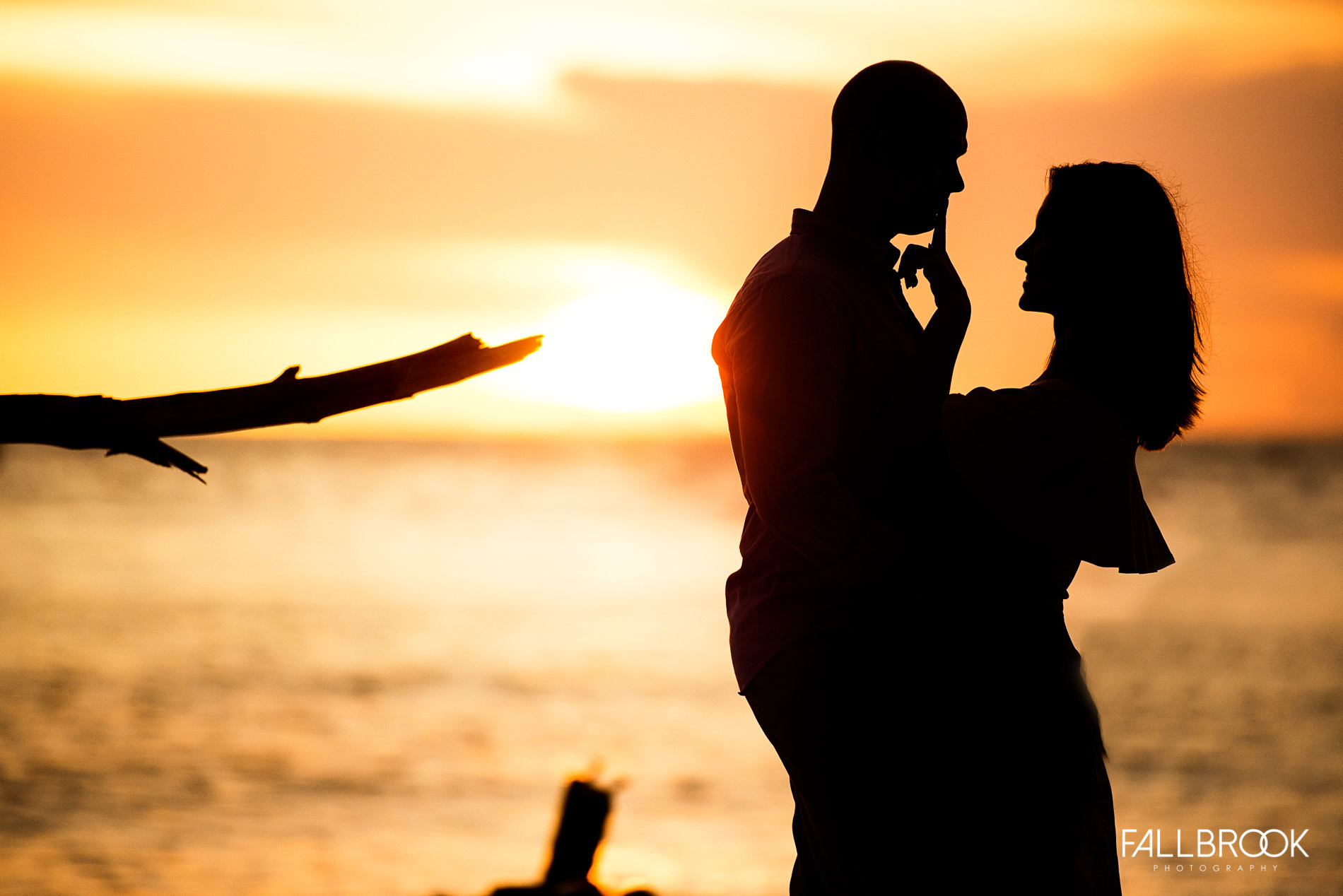 We began the afternoon at gorgeous Anna Maria Island for some intimate couple portraits along its tree-lined walkways. I grabbed both black and white and color shots of the couple embracing here, as well as a few with Olly standing loyally beside his owners.

We also captured some shots on a wooden boardwalk leading down to the beach, with Ollie playfully posing on his hind legs. I particularly liked the creative portrait we got here with Olly looking into the camera while Tatyana and Ethan stole a kiss behind.

Both Tatyana and Ethan were really comfortable in front of the camera and didn’t need much prompting when it came to flirting or displaying their chemistry. They really bounced off each other when it came to joking around, making it a lot of fun to work with them.

A sophisticated black and white portrait of Tatyana, Ethan and their dog Olly during their Anna Maria Island e-session

A black and white shot of Tatyana, Ethan and their dog Olly on a wooden boardwalk of Anna Maria Island in Florida

A creative, close-up portrait of Tatyana and Ethan during their romantic, beachside e-session on Anna Maria Island

We then headed down to Beer Can Island, which is the northernmost in Longboat Key. Tatyana and Ethan changed into soft, pastel attire, giving the shots quite a whimsical feel. We captured some intimate embraces and photos walking hand-in-hand along the white sands, as well as some intimate black and white portraits.

There were a few shots they had specifically requested, including a silhouette against the setting sun and images incorporating their wedding date written on a small blackboard. They also wanted to get creative with a portrait reflected in a pair of sunglasses on the beach, so we captured this before the light got too low.

We were so lucky with the sunset, with the sky transforming all hues of pinks and oranges, right before a rain storm moved in to drench us for five minutes. But Tatyana and Ethan were real sports and decided to stay out until it passed, before capturing some final nighttime couple portraits using off-camera flash.

A creative, close-up shot showcasing Tatyana's engagement ring as she embraces Ethan on Beer Can Island

A portrait of Tatyana and Ethan against a moody, dusk sky at Longboat Key's Beer Can Island

A creative, off-camera flash shot of Ethan lifting Tatyana into the air in Florida's Longboat Key

It was a lot of fun working with Tatyana, Ethan and Ollie on this Longboat Key engagement session, even if we were all soaked through by the end of it! I wish them all the best as they make their final preparations for their wedding next March at the Longboat Key Club and Resort.

WANT TO INQUIRE ABOUT PRICING?